The Early Music Italia Association was established in Seregno (MB) in 2002 and was established with the broad purpose of disseminating classical music and instruments through concert seasons, internships, record publications etc. It is active and operating throughout the country, particularly in Lombardy, where it has been organizing the Brianza Classica Chamber Music Festival for 18 years, the most popular and awaited live classical music listening event in the Provinces of Lecco and Monza and Brianza.

To this historic review, which reached its 18th edition in 2021, a cycle of further concerts dedicated to the enhancement of the places of the Spirit of Brianza, called Brianza Sacra, was added starting from 2019. The Association also operates through a branch in the Lazio region with which it has organized various events over the years, in collaboration with the Municipality and the Province of Rome.

In particular, he organized four seasons of a chamber review, Roma Clasica, at the Sala dei Papi of the suggestive Basilica of S. Maria Sopra Minerva and the church of S. Caterina dei Funari. More recently, in 2019, he inaugurated, with two concerts, a new Roman exhibition at the central Angelica Library dedicated exclusively to Ancient Music: “Rome goes Baroque”.

Brianza Classica is a music festival now in its 18th edition, which aims to promote the knowledge and dissemination of classical music, involving over twenty municipalities in the provinces of Lecco and Monza Brianza. 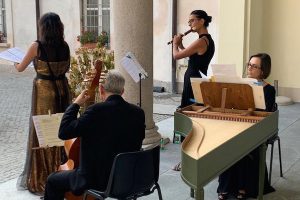 Brianza Sacra is the review of ancient and sacred music in the places of the Spirit and Silence of Brianza. Now in its third edition, the review is held in churches, cloisters, abbeys, sacred places in the Brianza area. 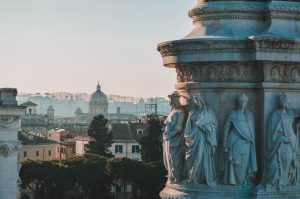 The Association is also active in Rome for the dissemination of mainly classical music, open to all genres now defined as “classic” such as jazz and film music, with particular attention to Ancient Music performed on copies of original instruments .

Good news for classic music lovers! The YouTube channel of the festival Brianza Classica is online: here you can watch videos from past concerts, finding several music contents.

We are planning the new dates of the Brianza Sacra concerts: the festival of ancient and sacred music in the places of the spirit and silence, in the suburbs of Monza and Lecco.

A new edition for Brianza Classica, the festival organized by Early Music Association, directed by the conductor and flautist Giorgio Matteoli. 16 concerts for this 18th edition: 6 in the suburbs of Monza, 10 in the Lecco ones.